GUIDED TOUR OF ORLY AIRPORT, A CITY IN THE CITY

IN THE BACKSTAGE OF THE AIRPORT

Take a tour of a company and discover its manufacturing secrets

Guided tour of Orly Airport, a city in the city

Coach trip for a guided tour of Orly airport: Every year, many of you go to an airport to fly to other horizons, to have professional meetings, etc. But do you know exactly how an airport functions, what is its history or who works behind the scenes?

An airport is not just a terminal, it is a collection of buildings and different trades assigned to various missions. Everything is in place so that everything happens in the best possible conditions, from your embarkation to your disembarkation.

To discover the inside of Paris-Orly International Airport (Île-de-France), France’s second-largest airport hub, nothing better than a guided tour to understand the inner workings and operation of this infrastructure steeped in history.

From the birth of the airport to the present day!

It all began in 1918: Paris-Orly airport in Île-de-France, called at that time “Orly-Villeneuve”, was first and foremost an airbase used by the Americans to travel to Verdun during the war.

To this day, a blockhouse is still visible to remind us that this airport served as a German military base during the Second World War. You can also admire the old control tower, built-in 1944 when the Americans settled there.

In 1945, the company Aéroports de Paris (ADP) was created. The company was responsible for operations around Paris. In 1946, the Americans returned the management of the airport to France.

In 1960, the French government took part in the development of the Paris-Orly airport, which would allow the extension of the platform and the new Orly-Sud terminal. General Charles de Gaulle has the honour of inaugurating it on February 24, 1961.

In the 1960s and 1970s, this terminal quickly became a real open stage in France and was a resounding success! It is the most visited monument and many tourists come to take a walk or see celebrities.

Henri Vicariot (1910-1986), a French architect, was behind the design of this all-metal terminal. A modern innovation is never seen before in France! Henri Vicariot was inspired by the construction methods used by American women.

Whether you are a fan of aeronautics or not, this guided tour of Paris-Orly airport in Île-de-France will amaze you. You will no longer see an airport in the same way when you discover the many professions linked to this airport environment: ramp agents, air traffic, refueller, freight, logistics, security, etc.

Your experienced guide will reveal almost all the secrets hidden behind the walls of Paris-Orly airport! Imagine the privilege of attending an aerial ballet, observing planes up close, admiring the flag of honour for heads of state, and more.

Individuals, companies, school groups… Do not miss this extraordinary experience. Book this exceptional tour of the ever-bustling Orly Airport as soon as possible! (221,538 movements recorded in 2019 *). 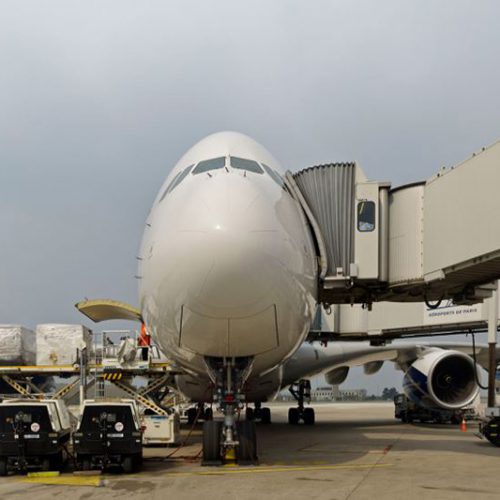 You will be greeted by a specialist mediator at the airport. You will begin the behind-the-scenes tour of the airport aboard your coach. Along the way, you will learn the history of Orly, inaugurated in 1961, the precise organization by the different teams that coordinate the broom of planes, the transfer of luggage, the arrivals and departures of travellers and above all the importance of the teams in charge of security.

An unquestionably informative and fascinating visit.

Visit the Delta Museum, run by a team of volunteers and enthusiasts, you will board the 4th Concorde and listen to the history of this giant of the skies.

(Around) Departure by coach