Visit of the tile factory of Saint-Samson-La-Poterie

An exceptional visit awaits you at the Saint-Samson-la-Poterie tile factory! A special atmosphere reigns in this factory, built in brick, combining ancestral know-how of excellence and modernity!

The commune of Saint-Samson-La-Poterie is located west of the Oise, in the Picardy region (Hauts de France). This small, calm and typical village located on a clay vein in the Pays de Bray has around 300 residents!

The guided tour of the Saint-Samson-La-Poterie tile factory is a real historical immersion! Do not miss this exceptional opportunity of this unmissable and unusual place.

Be with your family, working group, groups of friends or schools, your guide will show you the secrets of making tiles, terracotta tiles, 100% natural and decorative earthenware and enamelled terracotta, recognised all around the world!

Discover an incredible past!

The site of the former tile-brickyard and culinary pottery created in 1836 by the Lévêque family became a factory in 1885. The industrialist Jules Briard, manufacturer of earthenware, turned towards the production of refractory products and made it his specialty.

The leading exporter of terracotta, bricks and tiling products, Jules Briard, built in 1900 near the factory, the employers’ house in a Modern Art style, marked by his success.

Three generations of Briards will follow one another until 1967. The plant was then sold to the Desmarquest family and operations lasted for 5 years (1972). In 1975, all production ceased.

By a fortunate coincidence, the manufacturing activity will resume thanks to Gilles Nadal, engineer at Total. During his stay at Samson-La-Poterie, Gilles Nadal gave up his career, bought the factory, adapted it, modernized it and took up the challenge of relaunching the production of tiles.

At the time, there was little competition and demand was on the rise. It was such a success that Gilles Nadal would continue producing tiles until he retired in 2008.

This firm was taken over the same year by Guillaume and Thomas Algave. Respectively collaborating with an architect and a student, dedicated to a different future, the Algave brothers did not hesitate to change their destiny! This succession of buyers leads one to suppose that this factory has a soul enabling the traditions to prevail through the centuries!

Period tools and installations, such as the Duvant steam engine, produced in Valenciennes (59) in 1940 and the refractory brick ovens dating from 1836, have been preserved, and are still intact and functional till today.

The industrial estate has received from 1859 to 2014 so many awards, such as, the bronze medal, silver, 1st Prize for young talents, Osar for success, the Living Heritage Company label, and in 2011, was listed in the inventory of rare art of France by the UNESCO.

The guided factory tour in France now allows you to discover this factory, referenced by the regional committee for industrial tourism. Why deprive yourself of such a unique opportunity in France? 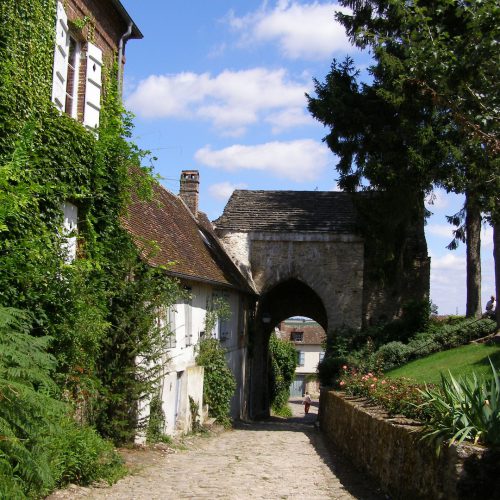 (Around) Departure by coach to the village of Saint Samson-la-Poterie in the Oise department. A breakfast break will be provided to get you in shape.

Located in Picardy, you will be welcomed in the village of Saint Samson-la-Poterie at the tile factory created in 1836, with specific architecture that combines an atmosphere of the yesteryear and traditional know-how combining talents and modernity.

Since the 19th century, this industrial estate has received numerous awards (as listed below), which are all the more reasons to visit this company:

As soon as the visit begins, you will be transported back in time and contemplate a 19th century atmosphere in this emblematic factory recognized all over the world.

Several generations have their imprints in the making of this manufacture. Today, it is managed by the ALGAVE brothers, who are committed to continue the adventure in the 21st century. Saint Samson tiles are referenced by the regional committee for industrial tourism.

You will be captivated by this era’s tools and fittings, like the 1940 Duvant steam engine and the old refractory brick kilns from the factory’s creation that are still in use.

Accompanied by your guide, you will cross the village via the cobblestone floors while contemplating its vintage looks. On fine days, the rose festival would be in full swing, and Gerberoy of 300 residents comes alive to the delight of lovers of beautiful stones, nature and flowers.