The Rungis market, the belly of Paris

Rungis Market, the largest fresh food market in the world

The Rungis National Interest Market (MIN) is the largest market for agricultural products in the world, bringing together more than 1,200 companies and around 12,000 employees. This gigantic 234-hectare hall is worth a detour whether you are a gastronomy enthusiast or not!

This agri-food distribution market is located in Val-de-Marne (94) south of Paris, near Orly Airport, more precisely in the Rungis and Chevilly-Larue communes.

The guided company tour in France now allows sites to open their doors to the public. Immerse yourself in the heart of this mythical place called by Émile Zola the “belly of Paris” to discover the different actors of the pavilions which supply the capital and France with food and horticultural products every day.

The Rungis Market: a history spanning more than 8 centuries!

Born in the 5th century, the Parisian market, located on the Île de la Cité, will experience several transfers and modifications between 1135 and 1853. After 29 years of work, the central halls were created.

The market built by the French architect Victor Baltard (1805-1874) at the request of Napoleon III is problematic because of its geographical location. Faced with the increase in the population of Ile-de-France and their new needs after the Second World War, the lack of space is felt, the halls become unsanitary and difficult to access.

In 1953, after numerous reforms, debates and discussions which lasted more than 9 years, the government officially announced, in 1962, the transfer of the halls to Rungis. This modern wholesale market is becoming an area dedicated to the food industry and the heart of the French agricultural economy.

When the whole of Paris is sleeping, Rungis wakes up!

By dusk, buyers and producers are already agitating! The ballet of negotiations is going well in the pavilions of the market between butchers, market gardeners, restaurateurs, fishmongers, florists… and merchants! The MIN atmosphere is worth the detour!

From pavilion to pavilion, you will understand the functioning and the main role of this site. The course of the 5 sectors of the building: the tide, meat products, dairy products, fruits and vegetables, flowers and plants will leave you with unforgettable memories.

Fruits and vegetables offer a dazzling colour palette. The beautiful flowers give off a pleasant scent. You will be amazed by the many references to cheese, varieties of fish, shellfish, crustaceans and meats.

Families, groups of friends, students, professionals amongst others discover this temple of gastronomy open to all as part of the company guided tour in France. The meeting of those who work to serve you the greatest pleasures on your plates is fascinating.

Don’t miss the unusual and exceptional visit to the Rungis International Market! Put on your parka due to the temperature and discover an atypical savoir-faire and a symbol of traditional France. 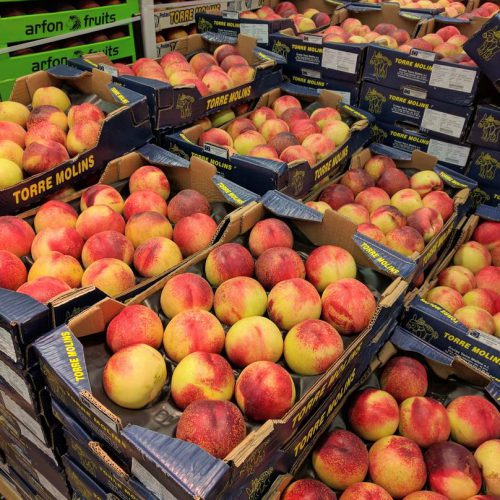 Departure by coach to the Rungis international market. 2 types of visit are offered, that of early risers and very early risers. Depending on the option chosen, the organization of the visits may be different.

At dawn: You will start with the tide pavilion, the fruit and vegetable sector, followed by the dairy pavilion, uncovering a huge cheese factory. Then, you will end the visit by the meat market before having a meal in one of the restaurants in the market.

During this shorter tour, you will be introduced to the Cut Flower Pavilion, the Meat Market, the Fruit and Vegetable Market.

Lunch in the heart of the Rungis market.